Chat with us, powered by LiveChat
type in your search and press enter

Event Tickets for this popular performer are a steal at £61-91 – get yours here: https://www.songkick.com/concerts/28548574-sting-at-eventim-apollo

Don’t miss this unique chance to see this classic star! Sting has embarked on his 57th and 9th rock event world tour, performing in intimate venues with a guitar-driven rock set. Get event tickets to the Eventim Apollo for a set ranging from new singles to old favorites, including Police hits! The critics have been raving about Sting’s return to the stage. Vancouver Weekly said of his world tour, “Sting is a universal story teller, built from the stuff of what they say legends are made of.” 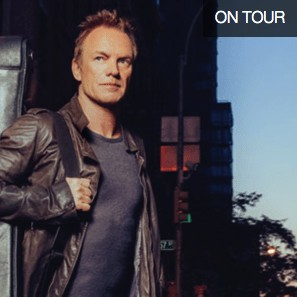 DAILY TROJAN “Sting is a truly gifted artist. His live songs matched, and even sometimes surpassed, the quality of sound of his studio recordings.….Sting is not merely a performer who comes to put on a show. Rather, he is an artist that arrives to create art onstage.

HOUSTON PRESS: This tour is heavy on material from his new record, 57th & 9th, and while they’re not all home runs, some songs really stand out as strong additions to his repertoire.

VANCOUVER SUN “Last night, as the cosy confines of Vancouver’s Commodore Ballroom hosted the opening date of Sting’s 57th & 9th World Tour, Newcastle’s most celebrated son rolled back many of his 65 years to reveal a heart that still pulses with the spirit of 1977.”

Event Tickets for this popular performer are a steal at £61-91 – get yours here: https://www.songkick.com/concerts/28548574-sting-at-eventim-apollo 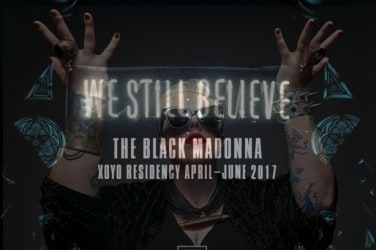 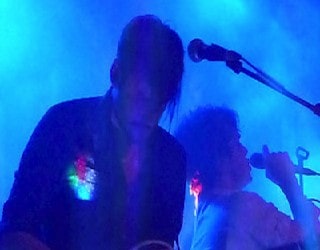 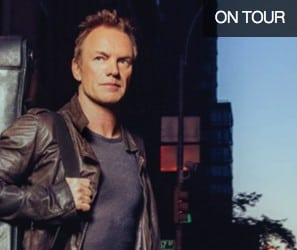 Monday April 10th 20:00 Event Tickets for this popular performer are a steal at ...